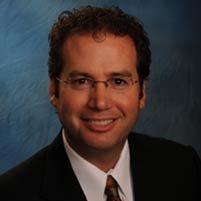 If you're searching for birth control that's reliably effective, long-lasting, safe, and convenient, it's time to consider an intrauterine device (IUD). Dr. Edward S. Wagner performs in-office IUD placement, which is a unique birth control option that can be inserted once and stay in place for 3-10 years, continuously preventing pregnancy without the need for pills, shots, or remembering to use contraceptives every time you have intercourse. To learn more about the benefits of IUDs, call Dr. Wagner's office in Hollywood, Florida, or book an appointment online.

What is an IUD?

An IUD is a T-shaped device made from flexible plastic that’s small enough to fit inside your uterus. IUDs are just as effective as permanent sterilization — nearly 100% effective. An IUD prevents pregnancy as soon as it’s in place and continuously protects you until it’s removed.

How do IUDs prevent pregnancy?

There are two basic types of IUDs: several brands that contain the hormone progestin and one that contains copper. Both the hormone and copper types physically prevent sperm from traveling through the uterus. As a result, sperm can't reach the fallopian tubes, which is where sperm can fertilize an egg.

As the hormone is slowly and continuously released, it changes the lining of your uterus and thickens mucus in your cervix, which stops sperm from getting into your uterus.

Copper directly affects sperm, inhibiting their ability to move and effectively acting as a spermicide.

How long will your IUD last?

IUDs belong to a unique category of birth control called long-acting reversible contraceptives (LARC). The name is accurate: they provide birth control for a long time, yet they’re completely reversible.

A copper IUD can stay in place and effectively prevent pregnancy for 10 years. Hormone-containing IUDs are effective for 3-5 years, depending on the brand. After that, the supply of hormone runs out and your IUD must be replaced with a new one.

Even though they’re long-lasting, IUDs can be removed at any time. You can become pregnant as soon as your IUD is removed, so talk to Dr. Wagner about another birth control method if you’re still not ready to have a baby.

How is an IUD inserted?

After measuring the length of your uterus and cervix, Dr. Wagner places the IUD inside a long, narrow insertion tube. The tube is inserted through your cervix and into your uterus, then the IUD is released and the tube removed.

The IUD has a string that reaches just below your cervix. You can feel the string, but it’s not noticeable during intercourse. After your IUD is inserted, you only need to check for the string each month to be sure the IUD is still in its proper position.

To find out if an IUD is right for you, call or schedule a consultation online with Dr. Wagner today.